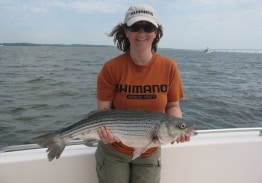 Catch and release fishing, also known as selective harvest - is one of the most important personal contributions to the future of the fishery any angler can make. Whether you fish on fresh or salt water the conservation benefits from practicing live release for some of the fish you catch, are significant.

What fish to keep, what to release and how best to handle fish are some of the tips that we have included here for anglers wanting to learn more.

Your Guide to Live-Release Fishing

A Tournament Runs Through It

Ray Scott introduced Catch and Release fishing to bass tournaments at the 1972 Bassmaster Florida Invitational and started a trend in fisheries conservation which has become the Gold Standard for fresh and saltwater anglers and every species of sport fish.

Catch and Release and Selective Harvest fishing practices have grown in popularity to be the single greatest personal contribution any angler can make to the future of our precious fishery resources, every time we are on the water.

Tournament anglers have often been the first to adopt new technology to help them catch more fish.

Beginning with the invention of the first Live Release Boat in the mid- 1980’s, Shimano continues to follow Ray Scott’s example and to lead the fishing tackle industry by investing in applied science and technology at competitive fishing events in order to pioneer improvements in Catch & Release methods which all anglers can use, wherever they fish.

The future of fishing is in your hands.